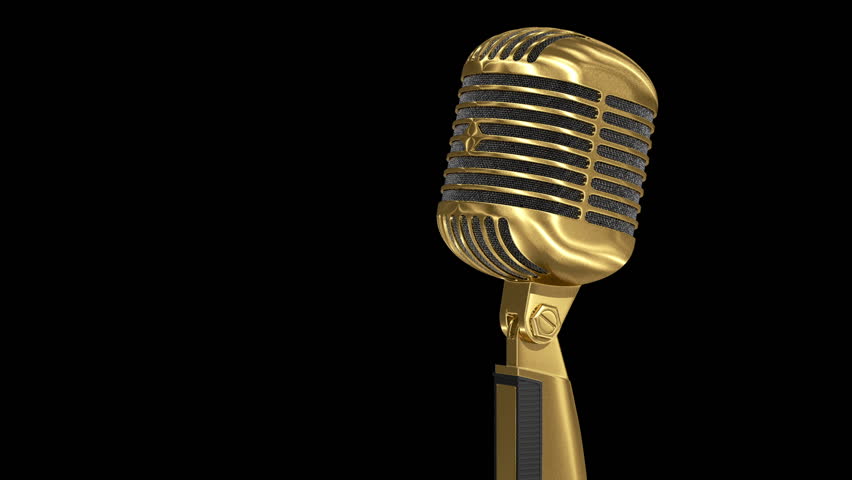 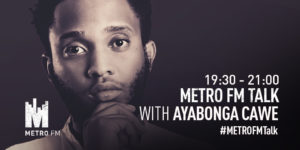 Metro FM has had a hard year.  With both its drive shows having drastic changes being made over the year, the Metro FM landscape has had to pull out all their stops and budge literal miracles to keep its listenership solid.  We’ve always had some really great evening talk shows on Metro FM hosting the likes of Penny Lebyane and Robert Marawa. And the time slot has gone through some flux. But landed upon the coveted position, is Ayabonga Cawe.  A confident, well learned and definitely strong, relatable personality that hosts night talk on Metro FM weekdays.

Joanne Joseph is a household name in South Africa, having spent 20 years in the media industry, including a number of years hosting prominent TV news shows on eNCA and the SABC.

But bio’s aside, Joanne showcases a high level of quality and eloquence to the broadcast medium.  Her guests are open books that are infatuated with giving Joseph what she wants. Her listeners love her.  And the industry cherishes her. 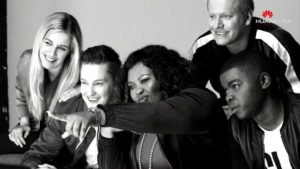 Since I started this list 3 years ago, Anele Mdoda has never failed to feature in the top 5.  She is bankable, if not the strongest money maker in South Africa. She also has a knack for creating hype.  This year her KO against Black Twitter (including American Black Twitter) surrounding her remarks on Kelly Rowland was spectacular to watch, and also trended her globally. As abrasive as Anele is, she still managed to come out tops.  The show has been to the Oscars, bombarded local Schools, and remained firmly in your Joburg backyard. The show has a great team dynamic with Frankie, Cyndi, Thembekile and Alex all adding their own personal thumbprint on every morning encounter of the “golden radio” kind. 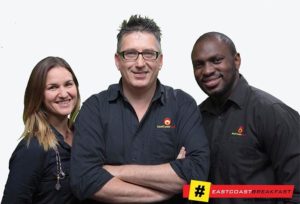 This team has done, dare I say it, the undo-able.  They were “thrown” together a couple of years back, and (from an external point of view) immediately rose up to the occasion and punted out a kick-ass show from the get go.

Darren Maule, Keri Miller and Sky Tshabalala – are well oiled, respectful of each other’s roles, and all add a fresh taste of breakfast flavour to the ECR morning edition.  The listeners love them. They (almost) can do no wrong. And that comes from a very strategic and disciplined leadership. ECR has been climbing the radio SEO ladder more than competently with a number of 1st timer social media initiatives and digital strongholds, and has become a massive force to be reckoned with in the SA radio landscape. 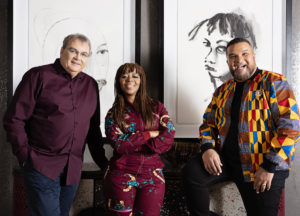 You see, the thing with Kaya, is that they have this aggressively effective broadcasting content strategy that no one really come close to.  They even have the time to solidify in house research teams, and dominate their digital platform presence to a huge staggering dedicated audience. The morning show, which was at first predominantly talk at face value, was quite a noble move from its predecessors – but has the perfect balance of infotainment and hard hitting journalism to service their afropolitan audience.  Well done to David and the team. Radio at its best. 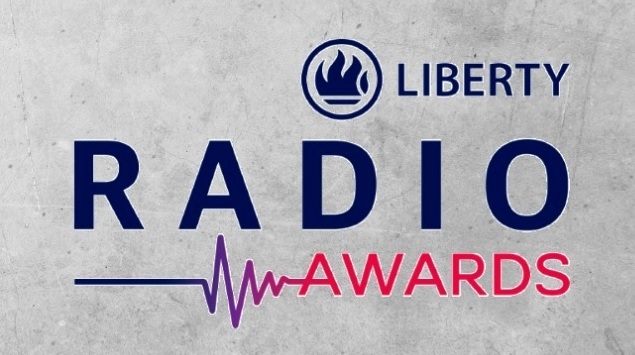 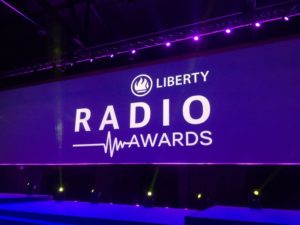 The 2019 Liberty Radio Awards was held last night at the Sandton Convention Centre, and all the hopefuls in the best of the best of South Africa’s radio industry attended.

Lead by radio veteran Lance Rothschild, the team who organise all the logistics of the eventful and well-run evening, have to be congratulated firstly for their hard work, and secondly for reviving the class and integrity of radio awards over the past couple of years.

Highlights of the evening included everybody’s favourite “man next door”, Jeremy Mansfield (Hot 91.9) taking the honour of Best Community Breakfast Show host.  Kaya FM walked away with Station of the Year, while Ligwalagwala FM was voted as the most popular in the “My Station” award.

Some enchanting moments included The Bright Star Inductees Awards and the Hall of Fame honouring radio champions who have made the South African radio industry go from good to great in their illustrious careers.

Congrats to all the nominees and winners for giving us a reason to switch on this amazing medium every day.

For more information on the Awards, visit the Liberty Radio Awards website. 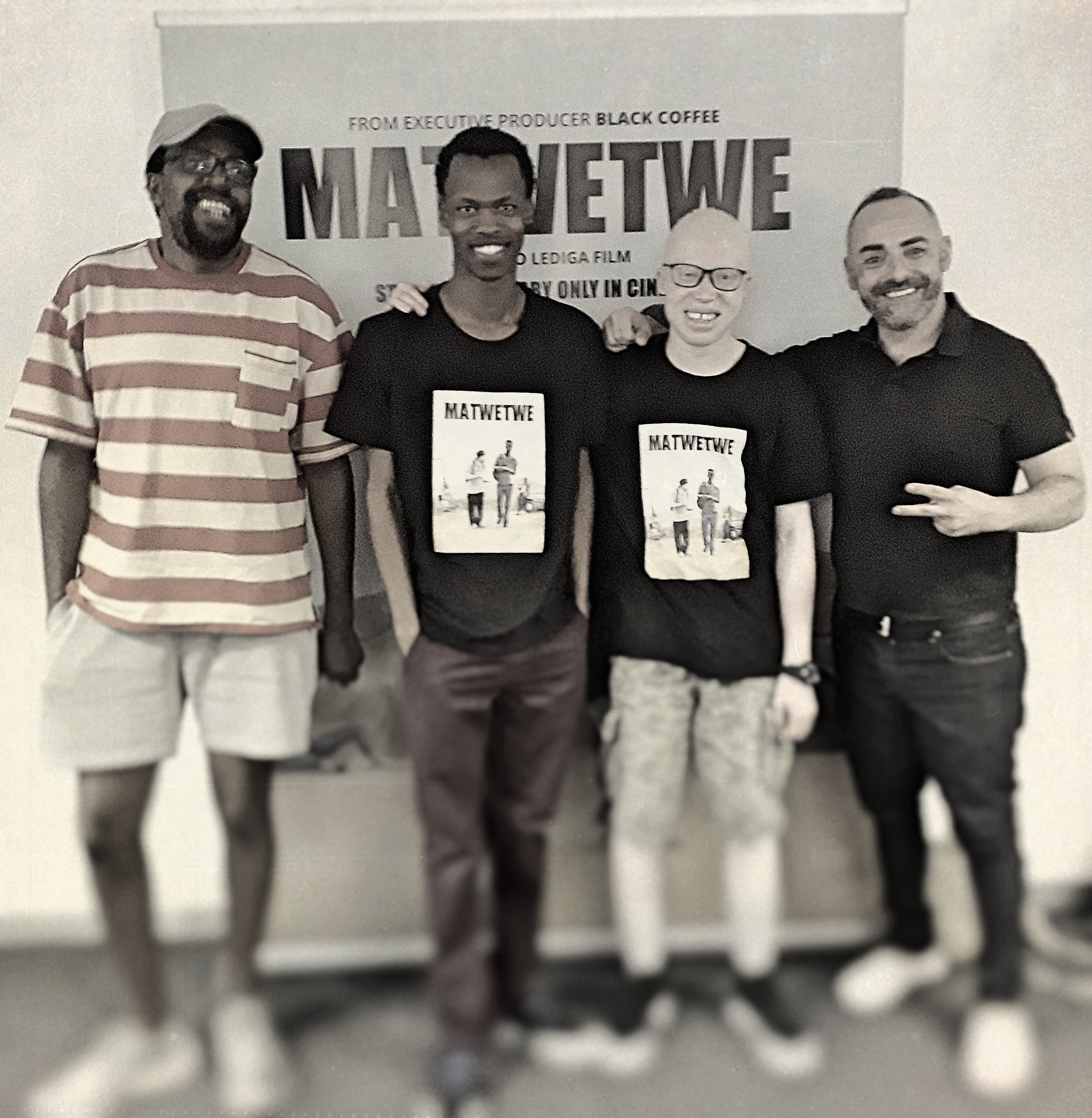 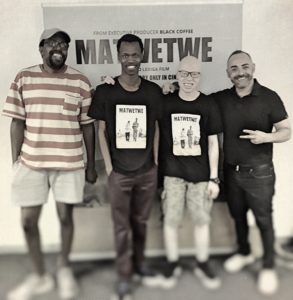 Matwetwe is a coming of age adventure following Lefa and Papi, best friends and recent high school graduates, on the hustle of their young lives.  Over the course of an action packed New Year’s Eve in the iconic township of Atteridgeville, the boys try to score a huge deal, dodge a kingpin and his violent minions, get the girl and ultimately save their lives in this hilarious escapade.  (more at Nu Metro)

Without giving away any spoilers about the film – I will say that it does leave you thinking “I have not seen a film like this in a really long time, and I’m glad I did.” Interviewing the guys from Matwetwe was refreshing, and answers to how Black Coffee joined the project, it’s international success and how the leads were picked out of a crowd – are all answered in the podcast below.  Head out and watch Matwetwe releasing nationwide on the 25th January 2019.

I have carte blanche on what I put out compared to local television or radio stations, so I decided to give you the full, uncut and uncensored interview with all the guys.  Enjoy.