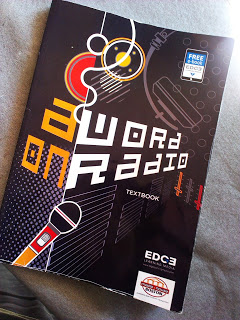 Since I began working in radio back in 1999 – one of the
biggest challenges I faced throughout my radio career was crafting my radio
personality.
Let me clear this up.
When one starts in radio, most amateur broadcasters try to
find their feet from the first moment they switch on that mic and utter their
first words in an on-air link.  It is a daunting experience – no matter
what anyone tells you.
Getting behind the mic makes people behave in strange
ways.  They put on what most people call
a “radio voice”. They immediately try to mimic one of their idols on-air
styles, or they even start to play the part of some alter-ego.  We have all been guilty of one or more of
these.
After joining the ranks of commercial radio years back – I
met up with one of the industry’s leading voice coaches, who first introduced to
me the concept of a “radio hat”.
Let me explain shortly what she meant.  I, in my entirety am a brother, a son, a
friend, a boyfriend, a working professional, a mentor and also a random
acquaintance.  The way I talk, act and
otherwise behave changes with each of these roles – but I am still the same
person true to my original identity.
Now let’s bring this back to radio.  You should aim to play the “radio
broadcaster” role in you.  Easier said
than done.  Who is this?  This is you.
Only a cleaner, more polished, presentable you that understands and
executes the ethos of radio “formatics”.
There are of course ways in which a radio broadcaster must conduct him
or herself, and these need to be coupled with the essence of your personality
that you bring to your on-air product.
Listeners love listening to the guy or girl next door.  Someone they can converse with without feeling
intimidated, spoken down to, and at the end, walk away having enjoyed
themselves.  If you are not someone who
can walk into a room of people you don’t know – and strike up a decent conversation
with someone, you probably won’t be able to translate well with a listener on
air.  This might be a broad
generalization – but it mostly applies.
I
have come up with a methodology called S.P.I.N.
It will help you hone in on your base on-air personality, and build on
that as you grow into a professional broadcaster

The first part of this methodology refers to being true to
one’s self.  This is not in some “self-help”
mumbo jumbo type of way – but rather in a way that says,” the way you come into
radio is the way you should always leave.”
As mentioned beforehand, if a broadcaster tries to model him
or herself off some other person’s personality, style or on-air antics – you
will fall short in your career rather quickly.
I often tell students of mine that you should never underestimate your
listener.  Even as a first time
broadcaster, a listener will be able to sense whether the person they are
hearing on the other side of the speaker is authentic or not.  It becomes a destructive cyclic behaviour of
superficial broadcasting yielding superficial investment from people who listen
to your show.
Take what was told to you above in terms of your “radio hat”,
and wear it from day one behind the mic.
If people don’t respond to whom you present to them then, this probably
isn’t the industry for you.

If you don’t have personality in radio – you may as well
stand in the middle of a shopping mall and announce item specials in a Saturday
morning to passing shoppers.  Becoming an
on-air presenter is a calling, and that call is normally answered by a station
or program manager who can recognize a unique personality style in you that
will translate as a great broadcaster to their listeners.  In fact, THAT personality amplified is what
we find ourselves glued to day after day when we switch on our radio sets.  You can be an articulate, well-spoken
individual – but without personality, longevity in radio is not an option for
you.

It is important that you put ALL of yourself in what you do
on air.  Regardless of what happens.  Whether it is a piece of content you have
come up with, or a station promotion you are selling to listeners – you need to
sound invested in your on-air product at all times.  Believability is the key to any successful
broadcaster’s career.  Remember you are
never a single entity in this business.
There are a number of stakeholders in the on-air process – and as a key
player, you should always be a team player.
A simple example (which I have heard on a number of occasions) is a jock
who back announces a song on the playlist saying that he/she thinks it’s an
awful song.  Think of it from a
listener’s perspective.  They are not
aware of the station’s music policy or how “playlisting” works – so to hear a
presenter (who obviously has a personal preference against the song) play a
track, then denounce it afterwards – sounds incredibly silly for one, and then
also berates the station’s music format.
Let’s get back to the content you execute on air.  It’s as simple as this:  if you don’t believe in the content, nor will
your listener’s.  If you sound bored or
disinterested – your listener’s will be bored and disinterested.
Put the “I” in your product – always.

The “N” in S.P.I.N. is all about being an organic radio
personality.  The term “Organic radio” I
will have to credit to working with one of our times most talented on-air
broadcasters Stacey Norman.
A bit of background on Ms Norman:  she entered the industry at the age of 19
winning a talent scout competition with the Cape Town based station KFM.  One would argue that this was not the
smartest idea to put someone so young on air at a commercial level – but this
young talent proved wrong traditional thinking in the industry.  You see, most of us come into the industry
training at a community station and we make a lot of mistakes as we ‘grow up’
in the industry trying to find ourselves on air.  This can have both its ups and downs.  The “Ups” are of course making these mistakes
with a smaller listenership and the “Downs” being not receiving the right
amount of pressure to get it right the first, second or forty-seventh time
round.
Back to Stacey Norman.
Never receiving any formal training in radio neither at a tertiary level
nor at a community station – Stacey’s personality on mic was, and has not yet been
affected by all the amateur pitfalls one would be exposed to coming in from the
aforementioned “training ground” avenues.
She is as natural or “organic” as a presenter could hope to be.  Her appeal is immediate, and her style is
unmatched.
One should always strive to be as natural a personality as
the one people encounter every day when they meet you on the street. 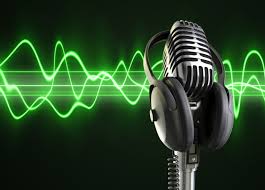 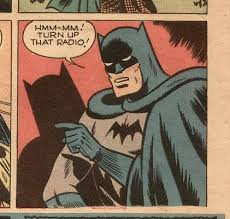 A word on “control”.
Sounds like the introduction to a brilliant Janet Jackson track, but no.  It’s better. In this note, I want to tackle quickly, swiftly and simply one of a broadcaster’s biggest downfalls in managing their on-air execution, conversationability, and sense for always delivering a natural and real link.
It’s called “control”.
Where do you as a broadcaster understand the lines of control in group conversation, a two way dialogue, or even a self-served  monologue?
“The plight of the conversational broadcaster” – as I like to refer when watching both amateur and experienced broadcasters time and time again, show after show, animated link after animated link – never grasp what mindset it takes to, and wait for this – always execute a conversational, natural and personality-filled link.
And here is the answer. Control.
Where’s the point of reference? Examples? Explanation?
Apart from some lucky individuals who passed this obstacle the moment they got behind a mic, most broadcasters flip into what we call “radio voice” or “radio mode” when performing any part of a link that doesn’t constitute talking to someone. If you can try imagine the two voices of Bruce Wayne and Batman. The “I am Batman” alter ego voice is the one we need to get rid of when doing our shows. Granted. Batman is way more interesting than Bruce Wayne – he has better toys, greater allure and a lot more people would even love to be Batman rather than Bruce Wayne.  But Mr. Wayne is (sorry to shatter so many dreams) the real one out of the two.
It’s the same in radio. There is an element of wanting, and sometimes even needing to shed your humdrum everyday personality for a slightly amplified alter-ego…but don’t do it for the wrong reasons.
Like the Batman, you should not want listeners (or fans) to like you because you have allure or appeal that is fabricated behind a mask of who you really are.
In fact, you are missing out on a really great opportunity here to showcase an amazing personality on air (after all, that’s why you have been hired to do your job in the first place) – and you’re trashing it for a trade in of some cardboard cut out of yourself just because it comes with a free utility belt and latex costume that makes you “feel” like a superhero on air.
I am straying from the point of this article slightly.
So how do you get rid of the “radio voice”, that animated, unnatural element to any thing you say on air?
Control. The concept of control while having a conversation with someone whether it be
– in a vox pop
– in an in-studio interview
– an on air banter with a news presenter or show contributor
– or a caller as part of your content link
is where any broadcaster finds that the natural execution and “real feel” comes from thinking that you have ‘control’ of or in that interaction or conversation. Suddenly you hear a broadcaster sound like a normal human being, laughing, asking relevant questions, or organically moving from one part of the dialogue to another. All attributed to the fact that you think because you have a vested part to play right now, and by that I mean you think you are “controlling” conversation, where it’s going, what you want out of it and with whom you choose to have it – you (the broadcaster) feel confidence and power in projecting the best, “normal” version of yourself.
Whoever you are engaging with is,  by the way, doing the same thing. It’s common laws of communication or rather – rules of engagement.
So how does this help? Along with that alter-ego you need to dump immediately, start now by saying that “control” comes from the moment you switch on the mic to say anything, you ARE speaking to someone, whether you can see or hear them, or not. Listener’s are always there, and have no reason to believe that unless you are speaking to someone in the literal sense while on air, you should be any less natural.
You are in “control”, at all times. There is no fancy way you need to back announce a song, tell them the time, explain how and what you will be doing at the top of the hour or any other element of the show. Just make it sound good. And when you make it sound like you (not forgetting this you needs to still sound professional), it stops sounding good, and starts sounding great.