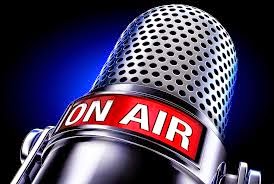 A news story is meant to educate, inform and entertain.  Remember to “entertain” means to use any
medium that is considered an entertainment conduit i.e. Radio, television,
print, social.
Why should people care?
As obvious as the next statement is, it’s a fact – people should care,
because news is relevant to everybody’s lives.
Apply this philosophy of relevance to your top story of the day.  What makes it the biggest story?  The following factors:
·
How many people it affects
·
The reaction it will get from the audience
·
The shocking nature of it
·
The reach it has – national importance
·
The issue itself may be long-running
·
Who the story involves
·
Why it came about
This and all other news stories need to encompass the
following journalistic values
So what makes a good radio story?  Consider the following points

There are a
number of advantages to news radio broadcasting.  These being namely, that it is a medium that
is immediate – so one can always break a story first.  One can report from the scene and hear news
“straight from the horse’s mouth”.  And
finally, it is personal: it speaks to the individual listener.
So in a
nutshell – how does one write for radio?
The answer: Keep it Simple and Short (KISS).  Does the story answer the main points who,
what, when, where, what, why, and how?
When writing, one should exercise a right to the use of colloquial language.  Write in present tense, write how you would
normally speak, and always keep word economy in mind.
Let’s look
at an example.  Instead of saying:
“Thirteen
cars, four lorries and a bus have collided on the main road outside the BBC
Bole office in Addis Ababa leaving more than a dozen people injured”
One should rather say:
“A
multiple crash has left fifteen people seriously injured in hospital.”

Here is another example
“Road
taxes for drivers in Addis Ababa may rise again.”
Not:
“A
meeting of the Addis Ababa finance committee heard last night that expenditure
forecasts on roads show an increase which may have to be passed on to
drivers.”
Remember to write for the ear.  This means including one thought per
sentence.  Ask yourself “Would I say it
like that to my friends?”  Stay away from
slang and don’t be lazy.  Use
contractions like “don’t” and “can’t”.
Work in all these tips into simple sentences, writing direct not
inverted statements.  Do not repeat words
and phrases, unless it is unavoidable.  Here are some more pointers:
·
Keep it short
·
The first line is the headline
·
You should aim to hook the listeners’ attention and
make them want to turn up the radio
·
Your topline should not tell the whole story
·
It should prepare the listener for a chain of
unfamiliar events
·
Lead the listener through the story line by line
·
Vary your sentence length to change your pace
·
No use of commas or long sub-clauses
The first word in your bulletin
carries weight and should be considered carefully.  Most of the time, the first word is often
missed by the listener, so never put the most important word in your story at
the beginning.  Rewrite the story in
several different ways for subsequent bulletins, considering different times of
day with the last bulletin of the day traditionally being the longest and most
important wrapping up the day’s top stories.
An example would be to say “The price for petrol is going up” and not to
say “Petrol is going to cost more “.
Although direct, the listener may miss the very beginning of the
bulletin, and so the impact land importance of your story risks falling
flat.
Remember radio is the theatre of the mind.
·
You want to aim to write in
pictures and create a sense of effective imagery in our listener’s mind.
·
To do this we use descriptive and
emotive wording when writing.  The use of
active and not passive words is preferred.
·
Live reporting often relies on
reporters being as descriptive as possible.
So keep in mind “What does the scene look like?”
·
The use of “soundbites” might amplify the above mentioned in just the right
way.  A soundbite can be described as an
inserted piece of edited audio recorded from the scene of reporting or includes
vox from sources relevant to the bulletin.
Soundbites introduce real people to the story, as sometimes experts and
officials could come off sounding boring.
Remember, your audience can and will always relate better to real
people.  A soundbite will always bring
your story to life and add depth to your bulletin.  Cherry-pick the best quotes for your
soundbites.  And never introduce a
soundbite with exactly what the clip says:
For example starting by saying “Mr. Chesterton says four trucks were stolen
from the depot”, then launching straight into a clip of Mr. Chesterton saying
“Four trucks were stolen from the depot”.
Boring, right?
·
A “Vox Pop” or “Vox Populi (Voice of the people)” is another way of
referring to a soundbite in a news bulletin.
When recording a vox, open-ended questions work best in getting a
3-dimensional answer from the person you are chatting to.  So not saying “Do you like the new market in
Addis Ababa” – which will of course either yield a yes or no type
response.  Rather rework your approach by
asking “what do you think about the new market in Addis Ababa?”  A safeguard to guarantee a well asked
question is by first asking yourself, “Can I get 5 different responses from 5
different people by asking them the same question?”  If the answer is yes, you’re on the right
track.
Some more guidelines include what you should avoiding including at all in
coverage of your story.  These concepts
could get you in a lot of trouble when it comes to the integrity of your piece
or to you as a professional newscaster.
·
The first is something we call
“Journalese”.  This is to slam, slate,
bid on, infer cash injection, or talk about exaggerated situations like someone
“fighting” for his/her life.
·
The second is referred to as
“Tautology” – a concept based in the assumption of definitive time.  Stories that include words like “ever” which
means infinite should be avoided at all costs.
How sure are you that something is the “first ever” or that something
will “ever” happen or not? A dangerous pitfall that stems from the use of only
one word.  The last and unfortunately not
used the least – is that of Cliché’s.
Using emotional appeal has no place in objective news writing.  Describing a beach as ‘sun-kissed’ completely
degrades the process down to fictional storybook writing.