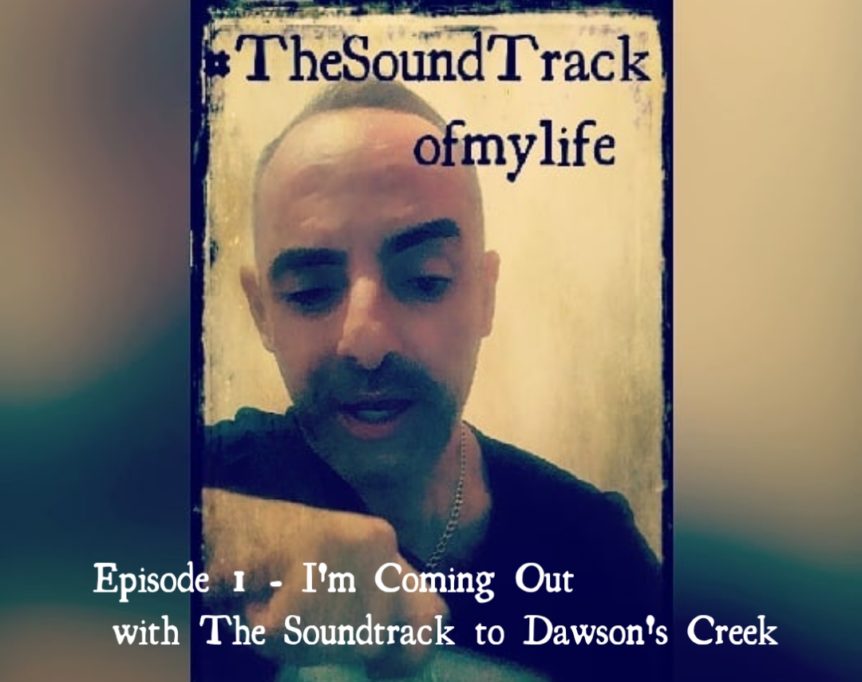 I am so happy to be sharing this super personal journey through my favorite medium in sound. I preach to media practitioners that I mentor and train, that they need to start narratives that no one has demanded, requested, or shown a direct need for – but rather pro-actively view the world around them, step in, and tell a story that they didn’t know they wanted.

I chose this particular arc because music has literally spelled life in my journey through the ages. From the nostalgic 80s that I grew up in, to what the 90’s songwriting milestones dictated a blackout period for me, to the fleeting start of self-actualization in my 30’s, and the rightful stand of self love in my 40s.

Please enjoy this story with me. And I hope it touches a comfortable, personal, private, and loved space in your own life.

Episode 1 takes a path down, probably one of my most important journeys to self-identity and an even longer, destructive, and eventually predictable journey to self-love.

Identifying as a proudly stated gay man has been one of my most cherished realizations, in acceptance and strength. Not because of the label, but for all that I gained, I banked, in direction, acknowledgment, power, and unconditional love. I also got some close friends to share the journey with me.

For me, these two uniquely beautiful human beings take the reigns in this episode. Hendrik, who is a legacy pioneer in fighting for LGBTQI+ rights in this country.

Ditshego Ditshego, who was actually a student of mine, of which roads lead us to become loved friends, and I’m grateful to her for sharing her journey through being more than just a proud transgender woman.

Songs from Dawson’s Creek is the first soundtrack album for the teen drama television series Dawson’s Creek. Released by Columbia Records and Sony Music after the broadcasting of the series’ first season on The WB network, it features a set of pop-rock and folk-pop songs by artists such as Sophie B. Hawkins, Jessica Simpson, Shooter, Heather Nova, Adam Cohen, Sixpence None the Richer, and Paula Cole, most of which appeared during the series’ second season.[1]

A commercial success, it scattered two US charts hit singles, including Sixpence None the Richer’s “Kiss Me” and Dawson’s Creek‘s theme song “I Don’t Want to Wait“, and reached the top of the Australian Albums Chart. The album also peaked within the top in Austria, Norway, Sweden, and the United States. During its first sixth months of release, Songs from Dawson’s Creek sold more than 1.5 million copies worldwide and was certified triple platinum by the Australian Recording Industry Association (ARIA) and gold by the Recording Industry Association of America (RIAA).[2] In Australia, it became the fifth highest-selling album of 1999

This one is for the “mid-life crisis” in all of us. Where does one start and end in measuring the quality scale of your life?
I jump back and forth but start to make some real deductions on where all of this stands. I call them “spiritual ruptures”. Make life easier with blind faith, unlimited passion, inhaling, exhaling, and locking into your soul.

Episode 3 deals with looking back on our lives, and dedicating today to dropping the “what ifs?” we have in our lives.
Trauma and devastation are in human nature what we place predominant focus on instead of harnessing power from our wins and successes.
I will prove in this episode, that “What Ifs?” – are null, in your story. And that as one journey ends, our next begins with insight and power.

I am a nostalgia geek. I love anything that takes me back to the 80s and early 90s when I was growing up with so much freedom from distress and apathy. But. I am nostalgic, period. Milestone moments throughout life, that when banked, and sourced on – add spark to my day, and reaffirm why I’ve had (am having) such a great, and blessed life.

This episode features a soundtrack as a throwback to my childhood. The Bangles, Bon Jovi, The B-52’s, and John Farnham to name a few.

This month’s episode deals with those moments when we lose life’s purpose. Truly the darkest area a human being can be in. The only time we gravitate off the beaten track, to our lives “unknown unknown’s”.
Proceeding forward is as cliche as forgiving yourself. But everyone is a statistic. We try at life, but not everyone makes it. 50/50 right?
The music in this episode is dedicated to artists who could sound off when I couldn’t. From Des’ree, Christina Aguilera, Mariah Car,ey and Dido.
I wish you a path of purpose and hope that your pain and loss are no more.

It’s the end of a journey. Our journey. The beat of our own life as we move, swerve and progress towards our ownership over self-actualization, THIS is us taking stock. I have decided to share some of my favorite life hacks with you to the beat of Michelle Branch, Mariah Carey, The Cranberries, and Celine Dion.