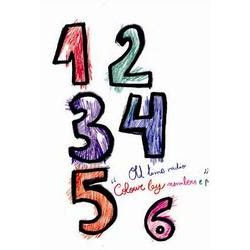 So many articles have been written about the deeper contexts of how to be a
great broadcaster and produce great radio.
However, there is a lot to be said about the very basic essentials, and the
theory of effectiveness in practicing “necessary generic” radio
techniques within your show.  What I call the “Gen-necessary” of
radio.

A balance of what is insightfully creative, industry standard, and listener
focused, experienced execution, and finally respect and understanding of the
mandatory basics – is what separates the good from the great in radio.

All my other write-ups have been about core techniques, radio intelligent
methodologies, or looking beyond the next angle of radio development.
This one will be rather different, simple.  Basic.  And
to the point (literally).

Let’s look at some of the main “gen-necessary” radio techniques you should
never forget to constantly apply in your career.
The Opener

“Cheese on cheese grilled
sandwiches” is what most would consider the opening link to your show.  “Hi, how are you?” is not troubling as a clichéd
action when we engage with someone in any other normal setting.  The opener to your show is exactly the same
thing.  We keep telling you to be
conversational, and engage with your listeners in a manner that emulates any
engagement you would have with them over lunch or meeting them on the street.  Therefore, you should do it when starting
your show.  Say “Hi”, so to speak, and
welcome them to the next couple of hours.
Some presenters like to throw away the statement “Let me know how your
day is going?” But is that such a bad
thing?  If you have a repoire with your
listeners that is that strong they feel the immediate need to call or drop you
a message and tell you how their day has been so far, you might even get some
great unpredictable content from there for your show.  Use you creative head.  It certainly sounds better than some of the
other retorts presenters use such as “Hope you are having great day” (again, not
bad, a little weak), or “Sit back, relax and enjoy the show” (again, also
forgivable).  Try to pick your opener to
suit your personality.  No one barges
into a room and announces their arrival with pomp and ceremony.  Keep it simple.  And your listeners will love you for it.

Also known as the admin
link.  This link is necessary for a
couple of reasons.  Firstly, it includes
things like a time check, the station name, sometimes your name, the name of
the show, a song that just played, or a recap of what you’re doing.  Therefore, the information is relevant and
you are correct in giving it to your listeners.
Some people argue points like “But why do I have to ID the station if
someone is already tuned into that frequency/url/app etc?”  I could use the same argument for playing out
station ID’s then? It’s old school. and it serves a bigger purpose.  It contributes to healthy balance in your
show.  Let’s for a moment imagine the
alternative.  Shoving pieces of content
down your listener’s throat in literally every link.  That sounds a little barbaric.  And it would be, for both them and yourself.  From a show perspective, even when the show
has no promotions running, benchmarks like news, sports and traffic and such –
your content is meant to one, run with fluidity and two, live stronger as you
position it strategically with “breathers” through your show clocks.  Respect
the content you have chosen to cherry pick as pearls in your show, or to the
station promotion that clients have paid a lot of money for you to execute with
flair – by letting them, and yourself, breathe around all your housekeeping.

This is a standalone link.  Remember one thought, one link.  Either the live promo comes in the form of an
independent station promo (meaning no sponsor/client is associated with it, or
it could come from within the holding company) or it is client associated,
which means it is paid for in some way, shape or form.  The instructive to a presenter is to sell it
like you would your own content and not read it directly. Not only is it an opportunity
for you to inject a little personality into a generic link, it is also a chance
for you to show how invested you are in the brand you work for.

The Throw Forward
The throw forward or “teaser” link is
essential for keeping your audience from tuning out.  How far ahead should you throw forward?  Well, semantically for about at most the next
half hour – but more to the point, you should throw forward for, as far ahead as
the next logical break or milestone in your show indicates that you should.  If you are, for example, running a
competition throughout the duration of your show – that’s a different
story.  Then throw forwards are more like
“reminders” of what’s happening.
Hashtag, “by the way’s”.  Tease
well enough to entice the listener to hang on a little longer and longer then still.
Playing out spots (on time)

This one doesn’t need much
explaining.  Just do it.  One, it has massive ramifications on your
revenue if you play out spots incorrectly down to the half hour, and two, it’s
a directive to you from your manager, alongside the format of the station to
play out spots according to clock formats decided upon for bigger reasons
around scheduling and listener behaviour – that your station has found the pro’s
to.  Lastly.  It shows you have a respect and discipline
for time.  Manage yourself and your show
in the same capacity as you do your time.

There is nothing wrong with using
the “standalone edit” as link in your show.  Most would easily understand what I mean if we
consider the widely used “comedy clip” we have heard countless times, on many
different stations, over many years.  If
an edited piece of content needs nothing more than what you have chosen to
include in it (a beginning, middle, end) – then let it live as a link on your
show.  Don’t try talk it up too
much.  In fact sometime, just adding a
top and tail and playing it out in between music sweeps is quite slick and
effective.  Content like this exists
everywhere from vox features, guest interviews, feature teasers, or speciality
content.  They are perfect shade of
coloured grey every show needs.

The Weather Update
I am almost convinced that as boring as it
is, the weather is what people talk about the most (or at least, most
often).  Ok, so it’s either hot or cold,
if we want to strip it down to basics.  How
often do you find yourself on a daily basis in a conversation stating the
obvious – that it is in fact rather hot, or quite cold?  I am not suggesting you speak of the weather
to redundant lengths, but if it’s a hot summer’s day – throw it into a link
with the high of the day, and move on.
You’re just being as authentic as your listener is, and actually
supplying them with quite a “day maker or breaker” fact.  Weather temperatures and conditions change
literally all day long, and extreme weather (which does include an update
expecting rainfall) is important to what the listener does and where they are
going.
The Music Sweep

Let’s keep this one short.  If you are doing music radio, you need to
play music sweeps.  We have situations either
with arrogant, or with novice presenters that get what I like to call “the hunger”.  It’s an incessant need to speak after nearly
every song.  If that’s the case, I will
tell you what a previous manager of mine told me.  If you have nothing better to say than the song
you’re about to play, rather play the song.
A lot of money was spent producing that song, it’s more than likely on
your playlist because it’s a hit with your listeners – and if you can legitimately compete
with that, you’re a radio prodigy.
Playing music sweeps is essential in keeping the flow of our music
scheduling in line with again, time spent listening, and listener behavioural
patterns.  Don’t forget, if your listeners
have tuned into a music radio station, they want to hear music.  So play them some.

The Great ‘Announcer’
The skill set you possess as a great broadcaster
includes you speaking properly.  That may
sound obvious, but when last have you checked your diction, grammar,
annunciation, and pronunciation?  Great execution
is great storytelling, even when you are “announcing” links that are
generic.  Read a book, go back for some
brush-up voice lessons, or listen to an audio book.  Let your language become a palatable
refreshment to your audience.