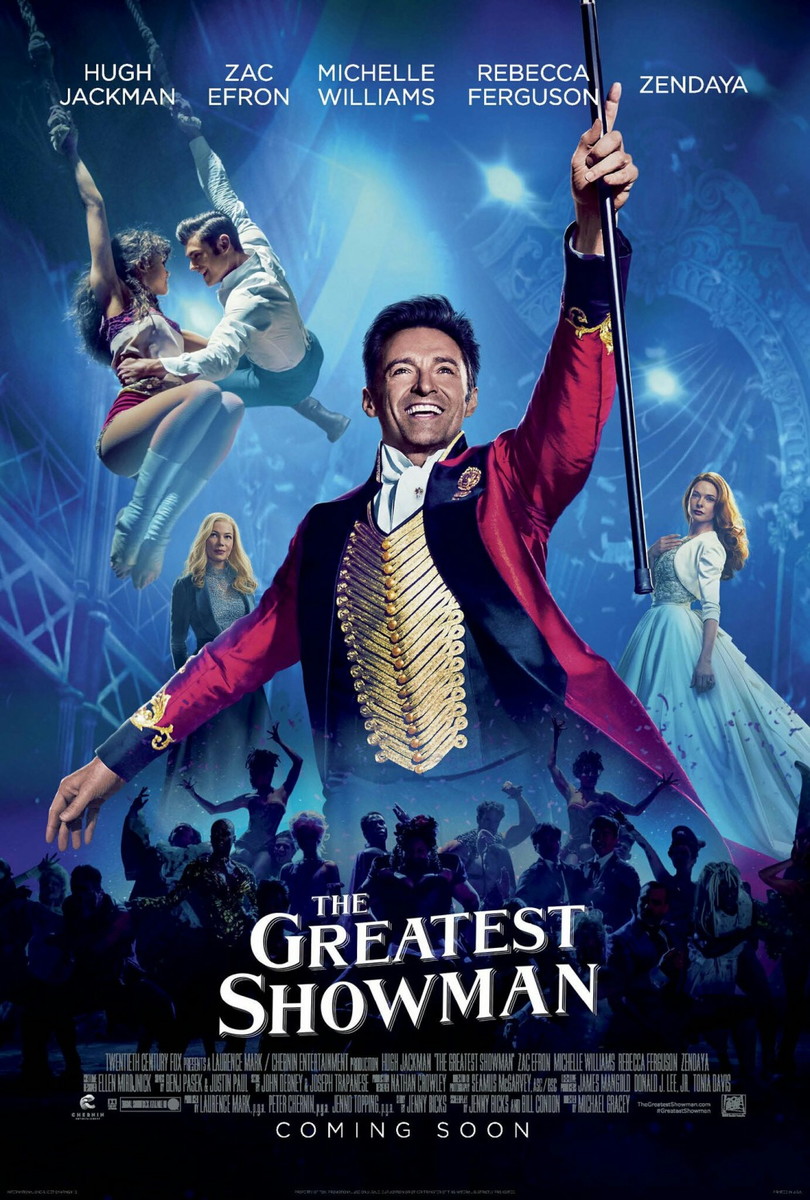 THE LOW DOWN
The circus-themed musical is a film based on the life and story of a man named P.T. Barnum. When let go from work, Barnum racks his brain for ideas that will provide a wonderful life for his wife and two girls. After buying a wax museum in the hope that the fantastical will appeal to the public, lifeless replicas of what is, could be or once was – are not enough. A suggestion from his kids leads Barnum to explore the beauty of the fantastical, by recruiting a band of wonderfully unique people with powerfully thrilling skills, and a circus is born. But the ride isn’t an easy one. Themes of hate and discrimination towards the differences in society bleeds through the main plot of film. Self-acceptance, and the destructive allure of fame, glory and fortune all are lessons in this exhilarating movie experience.

THE GOOD
Everyone will agree on me with this one. Not even the good, but the great – is the music. In fact, I actually listened to the album before I watched the film – for no other reason than one, everyone was raving about, and two, I wanted to sing along to all the songs people were raving about. Every single track on the soundtrack is amazing. Upon release, “The Greatest Show” (Jackman, Settle, and the Ensemble Cast), Zac Efron’s and Zendaya’s “Rewrite the Stars” and Keala Settle’s “This is Me” quickly entered the Billboard (and many other) charts as fast favourites around the world. The soundtrack also reached #2 on iTunes. “This is Me” went viral and became and anthem for all who have been inspired to embrace who they are despite societal or self-inflicted norms.

The story is also strong. The performances are great. And it is highly unlikely that someone will come out watching this film and had not enjoyed it.

THE BAD
I’m going to move out of my “fan-boy” mode and give you the real on why you might not like this film. And it’s the only reason. If you hate musicals, you will hate this film. As easy as that. Stay away, away. That’s all.

THE INTERESTING
Some things you may not know about The Greatest Showman:

THE CHERRY ON TOP
The DVD comes with a huge extras section. From Joel Chang’s concept art and storyboard galleries, to (my favourite) a sing along version of the entire film to get your words in check and sing along with, unapologetically. After all, who doesn’t want to have words like “I know I am worthy of love, and there’s nothing that I don’t deserve” – stuck in your head, and always there for a feel-good day. You also have a “Music Machine” which accesses all the songs directly, and audio commentary by director Michael Gracey. Some great behind the scenes interviews with the cast and (fun fact) Laurence Mark, producer for the film, but also produced the Academy Awards that featured Hugh Jackman, and got the conversation going to start this film together. Also a round of applause to songwriters Justin Paul and Benj Pasek for their musical mastery that makes this film larger than life.

The Greatest Showman is available now on DVD from Next Entertainment. For other interesting reviews, check them out and like their page on Facebook.