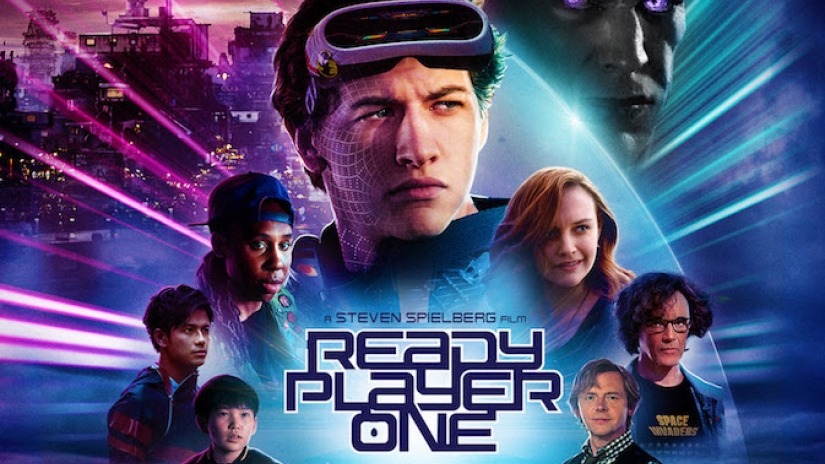 THE LOWDOWN
Ready Player One is set in 2045, where the human race has abandoned the desolate reality of their lives to escape into a virtual reality called the OASIS, each with their own avatar, identity and game goals. With the death of its co-founder, James “Anorak” Halliday – the playing public start vying for a common prize, the ownership of the OASIS and a hefty trillion-dollar inheritance, on the completion of finding and solving clues to 3 keys in the OASIS. The hero of the story, Wade Watts, an orphaned teenager, groups the most unlikely of allies within the OASIS and tries to complete the game before conglomerate Innovative Online Industries (IOI), run by businessman Nolan Sorrentom, can do so.

THE GOOD
There is so much about this film that is not only good, but great. The fact that Steven Spielberg is attached as producer and director is all I needed to say “I’m in”. Zak Penn and Ernest Cline write a beautifully rich script, which is based on Cline’s 2011 novel of the same name. If you are a Spielberg fan you will note that he has an affinity for focusing a lot of his film’s plots around the perspective of a child. He is a champion of the youth – and in this film, that comes through better than ever. There are also an endless amount of beautifully shot scenes and wonderful 80’s (and other iconic) references. You get to see ‘Child’s Play’ Chucky on screen with Batman, the T-Rex from Jurassic Park, King Kong, and the DeLorean from ‘Back to the Future’. One of my personal favourite scenes is one that features a game level set in the world of Stanley Kubrick’s ‘The Shining’. The story is fast paced and entertaining – both in the virtual and real world and guaranteed to be worth every moment you spent making the choice to watch the film.

THE BAD
I have to admit, the first thing that put me off (before watching the film) was the nearly 2 and a half hour running time. You have to be REALLY well justified in what you want to put on screen to have a movie goer commit to a film longer than around 110min. But Ready Player One does. And if you aren’t OCD like I am, you won’t feel the time at all by counting down minutes to the credits. On an (actual) reason to gripe, I must say, the villain, Sorrento (played by Ben Medelsohn) in the film put me way off. The casting for this character didn’t feel right. I always say this, whether you are a hero or a villain, or anything in between – you still have to have a sense of likability in the sense that people want to keep watching you – and this film’s bad guy made me want to fast forward until he stopped saying things.

THE CHERRY ON TOP
The DVD release includes a great featurette entitled “The 80’s: You’re the Inspiration”. It tells of Cline’s inspiration for writing the novel in a time influenced by an era where his definitive view on pop culture was nurtured by channelling his memories of getting his first game console, computer and VCR, that opened up his world. Oddly enough, many of Spielberg’s production company produced many of his favourites – from ‘Goonies’, ‘Indiana Jones’ and ‘Gremlins’. We also see some of the behind the scenes footage and some vox clips from Spielberg, co-writer Zak Penn and some of the film’s cast. A trip down memory lane – is an understatement. You will love this film.

Ready Player One is available now on DVD from Next Entertainment. For other exciting reviews, check them out and like their page on Facebook.