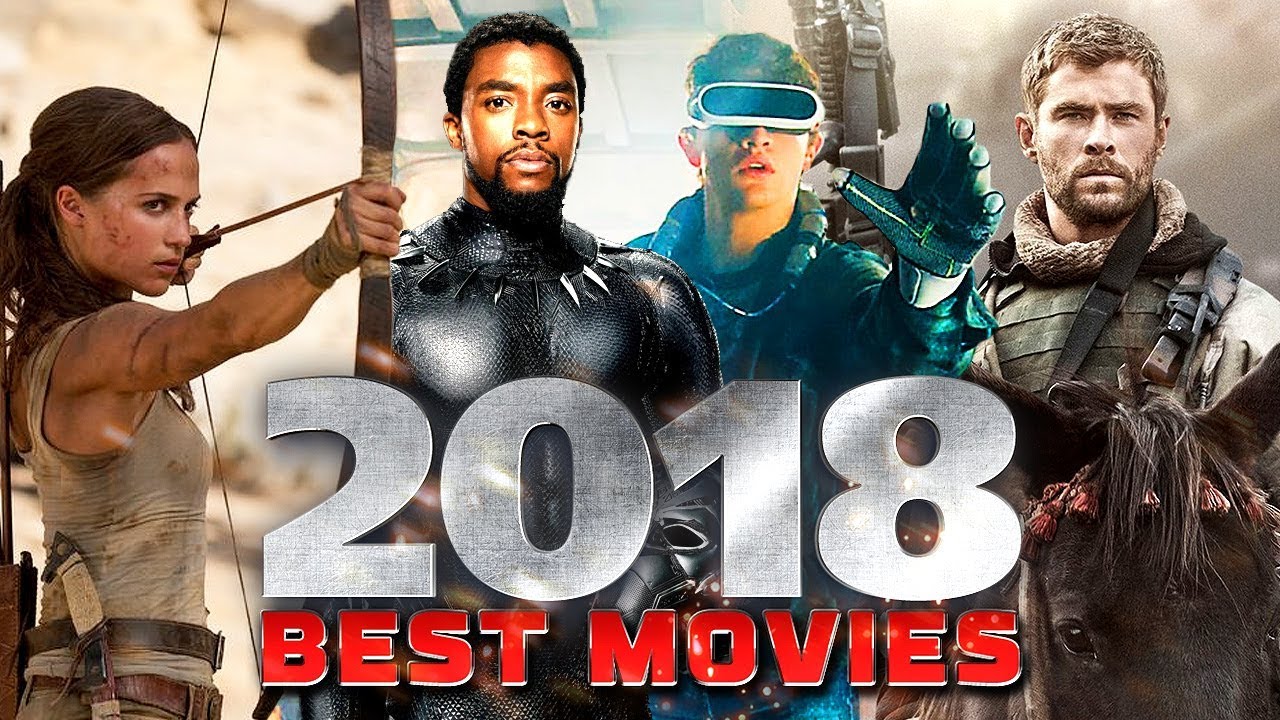 With only two weeks left to the start of a polished and promising new year, it’s only fitting to have a quick look in the rear-view mirror of your 2018.   Once again, the blockbuster, big budget films reign supreme at the box office.  Props need to go to these films as they as the reason fans still pay an arm and a leg and a toe, to buy tickets to watch.  Big names, big stories, big on fun, just plain big.

So even though we had top notch films in offer from Hollywood – like I, Tonya; The Darkest Hour; Alpha, and The King – I want to look at the films that need a mention, because the fans say so.  And that’s what I asked them to do, say anything they wanted about the films they most enjoyed, and we’ve included them below.

You still have a couple more days to catch up on those you missed out on!  These films are the gospel for 2018, according to you. 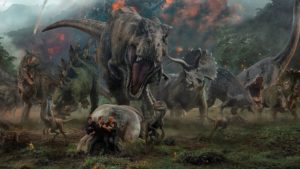 The second in a 3-part sequel series for the original Jurassic Franchise, had Chris Pratt and Bryce Dallas Howard reunited to, not get chased around an island by dinosaurs anymore, but rather around a mansion in rich American suburbia.  Fun, fun, and more fun as this film sets up what the original story possibly promised us all along?  A world where it will become man against terrible lizard?  We’ll have to wait for the 3 and final instalment.

“Jurassic World: Fallen Kingdom is a fun ride full of adventure – and scares – that builds on the mythology of Jurassic Park in very interesting ways.” 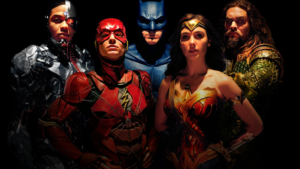 DC has stepped up to the plate to take the spotlight of years hogged by Marvel.  To be fair, DC had to establish a following and awareness for individual character franchises before taking on an ensemble story.   So far, we have decades of two major players in the DCU – Batman and Superman. So, the crossover prequel to JL was a no-brainer in Batman VS Superman.  The huge success of Wonder Woman allowed the producers to start their plot for Hollywood territory acquisition.  Now with the ground work laid this year, we are flocking to watch Jason Mamoa in Aquaman, and will be returning to cinemas soon for WW84.

JL was a fan favourite, with Batman, Wonder Woman, The Flash, Cyborg, Aquaman, and a resurrected Superman who all take on one of their most powerful foes, SteppenWolf as he arrives on the scene hell bent on guess what, global domination.

“The movie you have been waiting your entire life for! The greatest Superheroes in creation united on the big screen at last!” 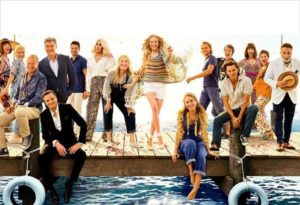 When the world heard that Cher and ABBA were going to come together and make beautiful music, things just felt right.  Like peanut butter and jelly, like bum and panty, like a shooting star and a wish, like Trump and delusion – this was a perfect marriage.

Having said that.  The tie in to Mamma Mia – Here We Go Again had us asking for nothing more.  Of course, they did a number on us with only a cameo by Cher, and Meryl Streep nothing more than a distant memory (quite literally).

So how did everyone feel watching this film?  Well.  Let’s just say, with ABBA, you can’t go wrong.  This time.  The “we” in “Here we go again” still brings back everyone from the first film, plus a couple more characters (Yes, it can be done).  Put on your sequence bell bottoms.  This one is a revival.

“It was fun. Enjoyed it for what it was. Recycled too many songs from the first one and ABBA has a massive library they could have chosen from, but it was still watchable. Missed Meryl Streep though.” 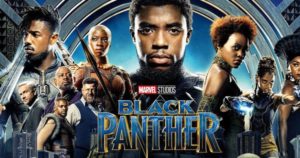 What does one say with one of the biggest films of all time?  Well, that it was, big.  And forking great.  I can’t even tell you what set Black Panther apart from the rest, but it just did.  A perfect blend of heart, talent, roaming eye-popping cinematography – and the spirit of “Wakanda Forever”.  It will make you wish you a had little vibranium in your life.

“Never felt so at home with a superhero movie. It was as if I could encounter this world by leaving my front door. It felt both fantastical and grounded.”

“The diversity that Black Panther brings to the MCU is refreshing. The female characters were effortlessly integrated into the narrative, without forcing the usual female character archetypes. Of course, I loved that the ruler of Wakanda had an all-female bodyguard team.” 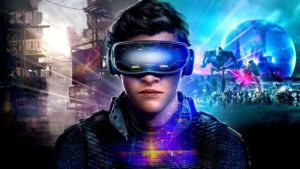 One of the “not to be missed” films of this year.  Steven Spielberg knows how to make a fan happy.  In fact, he made millions of fans out there very happy with his revival of the 80’s and 90’s gaming nostalgia and culture that play in a wonderful and big world of the not so distant future.  Grab an avatar, popcorn and large coke and let the games (quite literally) begin.

“A wild nostalgia ride from start to finish with enough easter eggs to keep you occupied for days. Made me feel like a kid again.”

“One of the best feel good movies of the year that tugs on the heart strings of nostalgia and pop culture references.” 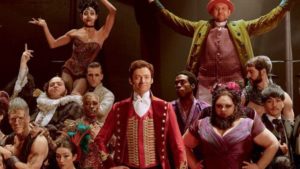 It’s actually hard to believe we already have been gifted with this gift to movies for a year already.  The Greatest Showman – where have you been all our lives?  With an anthem in “This is me”, restored faith in the musical genre, and one fun ride, this film will have going to watch it over and over again, while you listen to the soundtrack, over and over again.

“A lovely heart-warming movie. The soundtrack is absolutely spectacular and having big names like Hugh Jackman alongside Zac Efron working with emerging stars such as Zendaya is a great way to boost this amazing movie.”

“The Greatest Showman is a non-stop musical thrill-fest that becomes more enjoyable the more you watch it. Hugh Jackman not only mesmerized us with how magical theatre can be but hidden in the movie is a story about having heart, passion and the desire to never give up. As a bonus offering, the soundtrack entertains long after the end credits.  (Not sure if this works, but I really enjoyed The Greatest Showman, I don’t normally watch musicals)” 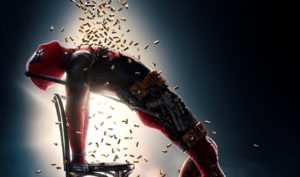 Ryan Reynolds pulls out all the stops, and a whole lot more in this much loved cinematic sequel to the, quite frankly, rather slow first film.  With a bunch of great cameos and humour that makes you uncomfortable in a good way, Deadpool 2 doesn’t take itself seriously and still manages to breech the tie in with the X-Men franchise and superhero extravaganza Hollywood has blown us up with over the past decade or so.   Domino will make your “Favourite Things Ever” list.  All I can say is my 3 favourite things about this movie are “Brad Pitt, Juggernaut, and the phrase ‘Prison Wallet”.

“Twice as funny, twice as epic twice as badass to the bone.  A rare triumph among sequels.”

“A superhero or rather antihero movie that you don’t have to take too seriously. It’s funny, crude and clever in its execution.”

“Ryan Reynolds, the gift that keeps on giving… See a doctor afterwards for a few tests just in case you caught something.” 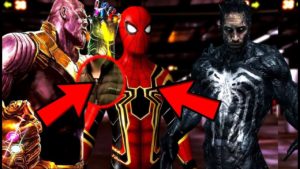 And lastly, but certainly not least – are my two personal holy grails of the year.  Yes, I am a massive fanboy for comics and comic culture, but, Avengers – Infinity War and Venom will be forever euphoric moments in my personal film history.

Brining cinemas to their knees, 2018 will forever be remembered as the year Thanos came to deliver his vision for the universe.  Were you one to survive?  And have you already calendered May 2019 for Avengers End Game? Watching all our favourites come together in one film will never get old.

And then there is Venom.  A surprise hit that killed numbers at the box office and is still doing the rounds as fans across the globe flock to cinemas to watch it over and over again.  Can we hope for a Venom/Spidey team up in the future?  We certainly can hope.

That’s it!  Here is to Hollywood and all the stand out moments you gave us in 2018!