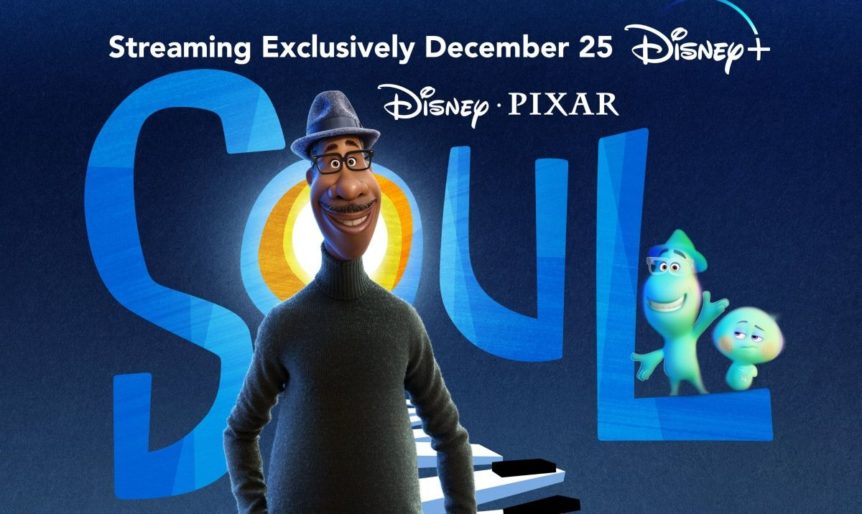 Joe Gardner is a middle school band teacher with a love for jazz music. After a successful gig at the Half Note Club, he suddenly gets into an accident that separates his soul from his body and is transported to the Great Before, the place where all souls go before being either reincarnated as newborn babies, or transported to the Land of the Dead. Joe must enlist help from the other souls-in-training, like 22, a soul who has spent eons in the You Seminar, in order to get back to the Land of the Living before he dies, while also avoiding a soul-counter named Terry, who tries to bring Joe back to the Great Before.

“Soul” is simply put, quite immaculate. What a true Disney tradition to take on quite a risky and undiscovered creative road to reinventing the art of animated story telling.

I say this because of its delve into what could be a very “controversial” content matter of humans having a being of supernatural state that after our physical living life on earth, is destined to a bridge-way of eternal, can I say, life? Or is that too religious, and will that offend about half of the global population on this planet?

See, that’s my point about the film and story of Joe who at the very beginning of “Soul”, accidentally has his life cut short, and finds himself in the soul version of himself, on his way to universally bright light as he parts with the life he’s left behind and moving over to awaits him beyond.

He has “unfinished” business to cop-out on the use of the term, and cheats his way out of the afterlife with the crossing of an unsigned and incomplete soul called 22, who together, land up back on earth with a twist of 22 inside Joe’s body, and Joe, well in, a cat.

As “Soul” continues many undercurrent themes of misguided purpose; living in a life with no life is one that is doomed to be undone; self-actualization; and warrantying the moments in life that include love, passion, presence, grace, and humanity – are the ones that we all should prioritize when we wake up tomorrow.

I almost want to say that this “isn’t” is a children’s film.  But everything except “CeeBeeBees” these days “is not for children”.  Our 2020 world has become ridiculously overwhelmed by extremist order where political correctness has become a weapon for reverse agendas, faith is a dirty word, discipline is considered an act of inhumane torture, yet genocide and corruption are conversation starters and party favorites, and don’t you dare talk about faith in polite company – or wear a Scarlett letter that runs in a digitally powered global community.

Having created “Soul” in the age of the social apocalypse, I’ll say it again, makes Disney once again, a pioneer.  Let’s not forget the on-point story, character balance, and fluidity of creative representation showcased throughout the film.

I loved to do some reading regarding the real world in which “Soul” was both conceptualized, created, had narratives to that lead to other aspects of the conversation and current affairs, or if and what “Soul” metaphorically could place itself in own world, and our life.

Here are great articles to feed that thirst for exploration:

‘Soul’ Producers Address the Blue Elephant in the Room

THE FOOD FOR THE “SOUL”