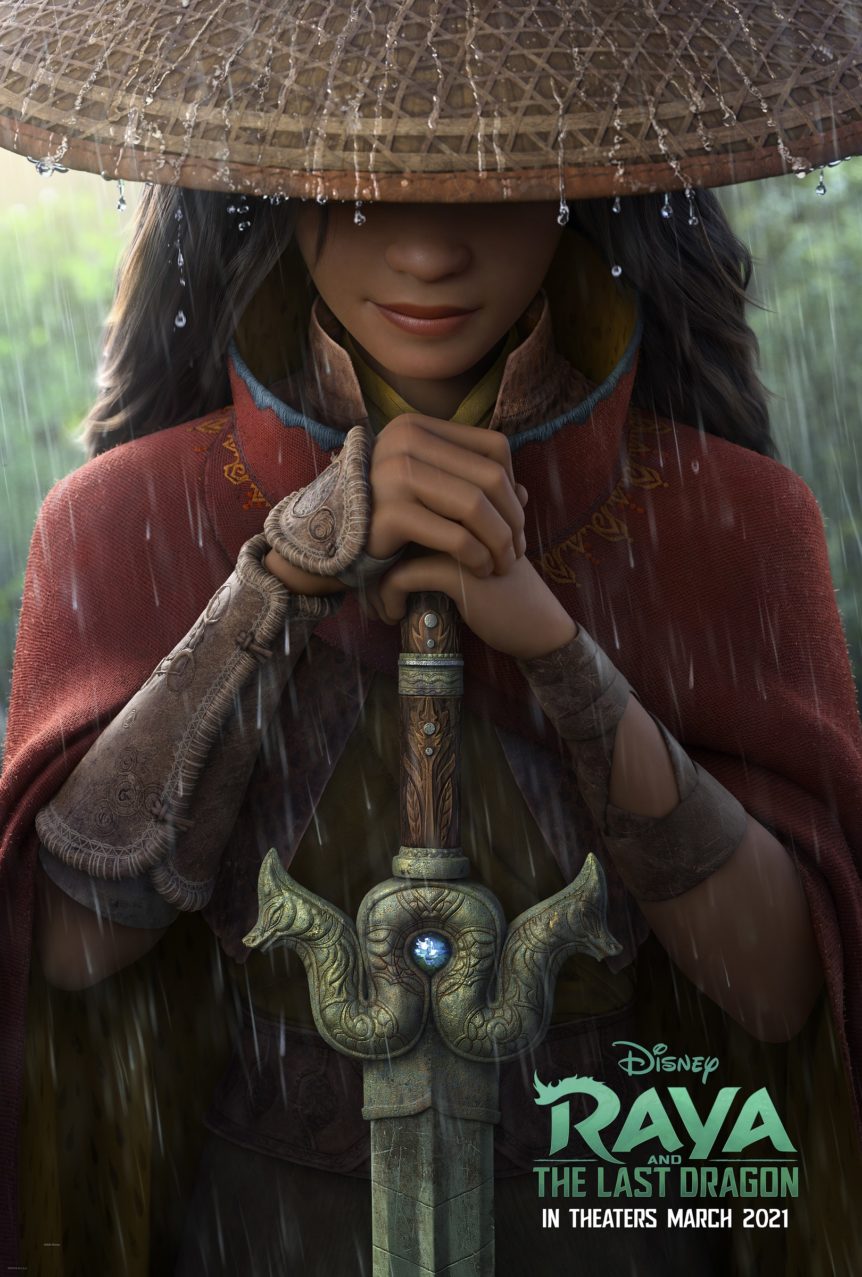 Disney’s “Raya and The Last Dragon”

Walt Disney Animation Studios’ Raya and the Last Dragon travels to the fantasy world of Kumandra, where humans and dragons lived together long ago in harmony. But when an evil force threatened the land, the dragons sacrificed themselves to save humanity. Now, 500 years later, that same evil has returned and it’s up to a lone warrior, Raya, to track down the legendary last dragon to restore the fractured land and its divided people. However, along her journey, she’ll learn that it’ll take more than a dragon to save the world—it’s going to take trust and teamwork as well. Raya and the Last Dragon features an outstanding voice cast, including Kelly Marie Tran, Awkwafina, Izaac Wang, Gemma Chan, Daniel Dae Kim, Benedict Wong, Jona Xiao, Sandra Oh, Thalia Tran, Lucille Soong, Alan Tudyk, Gordon Ip, Dichen Lachman, Patti Harrison, Jon “Dumbfoundead” Park, Sung Kang, Sierra Katow, Ross Butler, François Chau and Paul Yen. Directed by Don Hall and Carlos López Estrada, produced by Osnat Shurer and Peter Del Vecho, and written by Qui Nguyen and Adele Lim, Raya and the Last Dragon will be released in cinemas across Africa from March 19, 2021.

So let’s get down to reviewing the film.

Once again, Disney has produced a breathtaking backdrop for a fantastical story to play out, with strong focus on developing personal connection with characters and emotional moments.

There is always a risk in creating a whole new mini-verse in which you can tell your story – you have to construct every fragment of it carefully and with contextual sensibility. And so, cogs of the whole moving system are more than likely, to be missing – as is the case in “Raya and the Last Dragon”. This does lead to some confusion. I’m going to get the nitty gritty crit out the way first, and close with the praise I have for this far eastern adventure.

In typical Disney-princess fashion, our brooding heroine acquires a joke-slinging sidekick in nonhuman form: Sisu (Awkwafina), the titular last dragon, who (like Mushu in “Mulan” before her) isn’t a menacing behemoth so much as a klutzy, shape-shifting My Little Pony-like creature. For the majority of the film, the execution of her character doesn’t work. She feels out of place as if she is trying too hard, except for some magical moments when Sisu contributes to the storyline in a role that holds prowess and elegance. I can only compare the character to Robin Williams’ Genie in “Aladdin”, but without the charm and comical charisma. I always say that poor execution is to be blamed on poor direction.

That, and again, the attempt to create fluidity in this fantasy land is the only big hiccup in the movie.

But. There are many endearing and moving moments in “Raya and the Last Dragon”. You will forget the semantics and walk aside the emotional journey that all the characters go through. It will definitely be a hit with our younger Disney fans. And once again, Disney provides a strong female role model who makes mistakes, grows, and saves the day. Someone, everyone can relate and root for.

In addition, Us Again, a vibrant and original new theatrical animated short from director Zach Parrish that brings together dance, music, emotional storytelling and inspired animation, is set to debut exclusively in cinemas beginning on March 19, playing on the same bill as Raya and the Last Dragon. The film is Disney Animation’s first new theatrical short since the 2016 release of Inner Workings, which accompanied Moana on the big screen. Set in a vibrant city pulsating with rhythm and movement, an elderly man and his young-at-heart wife rekindle their youthful passion for life and each other on one magical night. The years fade away as the joy of dancing propels them across the exciting cityscape of their youth and revives fond memories and ambitions. Us Again is told entirely without dialogue and set to an original funk and soul musical score reminiscent of the mid-60s.