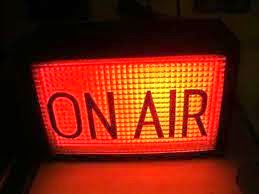 The 7 Deadly Sins of Radio © by Chris Jordan

I like to describe the first cardinal sin as one that most amateur jocks like to fall into early on in their careers. I often ask young broadcasters “Why do you want to get into radio?” And their answer mostly culminates as “Because I want to be famous”, “Because I want to influence thousands and thousands of people with my voice”.

This is approach is entirely narcissistic and selfish. You as a broadcaster are at the root, a conduit for information and entertainment as the medium would have it. You have an obligation to your community to provide a service. Some broadcasters like to swap the two roles around and often land up thinking it is the community that serves them via their eventual fame and or fortune.

This cardinal sin has to do directly with what you do on or put to air. I bring you back to the CAS model explained earlier in this chapter where “Simplicity” is key in every avenue of your on air product. One often finds him/herself for example in a link that is going fantastically with an amazing caller, and doesn’t know that taking another caller in the heat of excitement might yield an anti-climax in the “out” of your link. Being so called “greedy” in trying to make something work more than it already has – has its price to pay.

Here we refer to the amount of content you are trying to “force-feed” your listener in every link, and so in every show. When planning both of these – culling the fat in your approach is key to a great sounding on air product. Come to the table in your planning process with a number of good ideas, and work them down to a couple of really great ones.

Sometimes it’s ok to let things go. Broadcasters become too close to their product even after a short period of working in the industry. When an idea, content, a certain way of execution etc. isn’t working – let…it…go.

One does have to become your own worst critic when building both your flawless on air persona as well your overall on air product – constantly re-evaluating what you are doing. Doing more of what works, and less of what doesn’t.

Something has to be said about broadcasters that don’t think about anything but what they like, enjoy and want to constantly talk about. Not only do you not appeal to large portion of your listening public – but you also come off incredibly near sighted and eventually irrelevant. It’s like going on a date with someone who can only talk about football and nothing else. You might have the presentation skills of a pro – but if you develop and present content based only on what you love – your career will be short lived.

Trying to model yourself on another broadcaster’s behaviours or style is silly, so is ranking yourself in competition with them.

The reason you are in radio as a broadcaster is that you can offer a unique product better than any other in your field. Sure, you cannot be a jack-of-all-trades, but make sure you are The Only Jack of YOUR Trade.